After receiving a ton of great feedback on the last article in this Lightroom Workflow series, I decided to take some time over the weekend and quickly go over one more important piece in the puzzle: ISO/camera dependent development settings.

Why would you want to do such a thing? Simple. Let’s say you’re totally happy how Lightroom treats the pictures from your camera on all ISO levels up to 800, but starting from ISO 1600 you need that slight tad more noise reduction on all images. But just up there, all other images should be left alone. Or imagine you have two cameras, a DSLR and a point-and-shoot, and you import pictures from both cameras into Lightroom, but they both have very different noise characteristics, so you want to treat their respective images in a different way.

END_OF_DOCUMENT_TOKEN_TO_BE_REPLACED 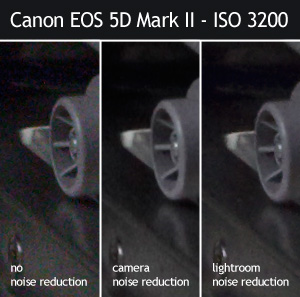 Has this ever happened to you? You have a photography workflow that actually works like a well-oiled machine. Shoot -> import/tag -> select/prune -> rate -> post process -> export. Lather rinse repeat. Wonderfully reduces the hassle of getting lost within those thousands and thousands of images. All from within one single application. Maybe two if you count an external image editor that gets involved every now and then, but then nicely hands the edited image back to Lightroom.

And then.. all of a sudden things “happen”, for example in the shape of new cameras and you realize that Lightroom has its shortcomings in one or two areas. Or is that so?

END_OF_DOCUMENT_TOKEN_TO_BE_REPLACED 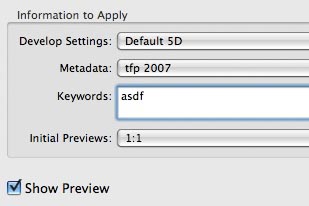 Ever heard of the burst trick? If yes, I’ll show you how to use it with Lightroom to speed up your image selection process. If no, let me open up a tripod-less world to you.

Did I ever mention that I hardly ever carry a tripod with me? That for getting a shot I’d rather stabilize the camera another way? Such as leaning against something, propping the camera up on a rock or using a beanbag? And that I frequently use the bust trick?

The burst trick is an easy method to increase the chances of getting a hand-held shot at a long exposure time without camera shake. You simply set the camera to rapid fire mode and fire away a burst of two, thee, four or even more shots. Then you select the one shot from that burst that has the least amount of camera shake, or preferrably none at all.

Easier said than done. Personally I’m used to delete the shaky ones directly on my camera, but depending on the camera and its display (or simply depending on how much time I’ve got during the photoshoot), it’s not always possible. That’s why I have recently switched to doing this in Lightroom.